Four minutes. That’s all it took.

A crew working for the Houston landscaping business Texas Lawn Enforcement was just starting their lunch break. The guys pulled the company truck and trailer into a fast-food restaurant and walked in to place their to-go order. When they turned around to check on the truck—just four minutes later—it was gone.

The Call Every Business Owner Dreads

The crew called their boss, Luke Thomas, the owner of Texas Lawn Enforcement. They hated having to make that call. All they had for him was bad news. Truck, gone. Trailer, gone. And $30,000 worth of equipment, gone.

But after the initial shock of the news wore off, Luke realized he had a ClearPathGPS tracker and our truck GPS app.

“I called the police from my mobile phone,” Luke says. “Then I put them on speaker, popped open ClearPath’s truck GPS app, and told them exactly where the truck was and which direction it was heading.”

Soon, there were several police cars racing down the highway as Luke relayed real-time updates from our truck GPS app to them about where his truck was headed. Eventually the Houston PD even dispatched a helicopter to aid in the chase.

“Things got pretty bad for the thief at that point,” Luke explains. “The police cornered him, he jumped a curb, and then he got out of the truck and fled on foot.”

The police didn’t manage to catch the guy, but Luke got his truck back—along with his trailer and all the equipment the thief had also stolen.

So an incident that started with a terrifying phone call—alerting Luke that a mission-critical part of his business had just disappeared out of a fast food parking lot—ended with Luke recovering all of his property… and the thief fleeing from the cops.

ClearPathGPS Helped Prevent a Disaster (Actually, 2 of Them)

“This is the busiest time of year for us,” Luke explains, “and my team and I really can’t afford to be without our trucks and equipment for even a day.”

“If not for the GPS tracker, I might have lost that truck, not to mention a trailer that cost several thousand dollars and equipment that cost me more than thirty. We would’ve had to go out right away and buy a used truck and a bunch of expensive equipment, or else we’d be losing revenue and even putting some of our customer relationships in jeopardy.”

But getting his truck back did more than just help Luke protect his business. It also protected his wedding. “At the time the truck was stolen, I was a couple weeks away from getting married,” he explains. “I hate to think how much our wedding would’ve gotten disrupted if I had actually lost a truck and all of my gear, and I had to run all over the place trying to save my business.”

“What’s really incredible is that I’ve been in the landscaping business for 20 years,” Luke says, “and this was the first time I ever had a company truck stolen. And believe it or not, I had just installed the ClearPathGPS tracker in my trucks a couple weeks earlier. What a smart move that turned out to be. ClearPathGPS saved my butt!”

At ClearPathGPS we help field service businesses—including landscaping companies, plumbers, roofers, HVAC businesses, and more—improve their operations and improve their bottom lines. To learn more about how businesses like Texas Lawn Enforcement benefit from the ClearPathGPS fleet tracking solutions, contact us today! 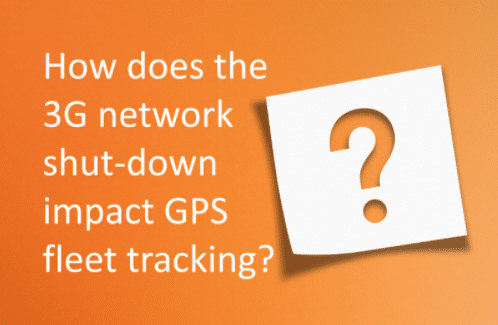